August 7, 2020
I've missed a day or so, I've been busy with work and getting away from the creature.
Dream 1: Was just a mixture of dreams, I'm writing this too late to differentriate one from another. That's the hard part about dream journaling. You have to do it as soon as you wake up. I remember having bad shoes and running a mile at a 4:10 pace. (This is stupid fast) The fastest mile i've ever ran in my life I believe was a 5:45 pace and I was HELLA in shape back then to say the least. I honestly don't know why pokemon things have been appearing in my dreams but I dreamt of a new one that kinda looked like my cat. At one point I remember not being able to fish in a certain area. That's all for my dream recollections -__-

August 5, 2020
Dream 1: All I can remember is some girl with pink hair looking out the "looking glass". I saw a variety of scenarios when looking into this window of glass but I can't pinpoint anything down in my memory. I woke up later than usual today so i'm out of schedule.

August 4, 2020
Dream 1: I didn't really have any detailed dreams at all last night. I just remember seeing thumper from the movie Bambi, and the scary doll guy Slappy from Goosebumps. I'm low key afraid of dolls, more than i'd like to admit.

August 3, 2020
Dream 1: I dreamt I had a new room. It was abnormally huge and spacious. It wasn't that interesting, just really nice to have.

Dream 2: Well this dream was more abstract. I was dreaming there was a flood and my cat was trying to swim through the current but it was too strong. I managed to scoop her out and bring her back to my house. I don't kow why she jumped into the water in the first place.

Dream 3: I know there was a third dream but I can't remember it at this point in time. It was something along the lines of me ordering panera bread.. lmao
August 2, 2020 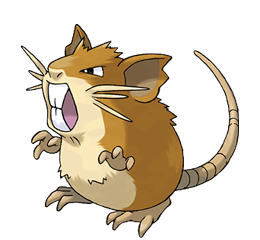 I think this was the most sleep i've gotten in awhile. I feel like I could sleep more to be honest but ANYWAYS
Dream 1: I had a dream I had a pet hamster, but I forgot to take care of it and it turned into a dinosaur like looking guinea pig which also resembled the raticate pokemon. It got out of its cage scurring around all over the place and honestly I was afraid of it, LOL.

Dream 2: I was holding 1,000$ of cash bands in a bank. I was second in line to a man (whose face) I can't remember, but he had 10,000$ cash bands. I remember him turning around and us discussing money but can't really remember what was said.

Dream 3: I was at one of my aunts houses, and they had there own nail salon basically. There was nail clippings all over the place and people putting different types of glitter on their nails. It was weird because you just had to dip your fingers into a glitter bin, and your nails would come out perfectly set.

I slept for about 6 ½ hours last night. I woke up around 3:00 A.M. but it was probably due to the creature living in the living room. The creature likes to make noises and leave at odd hours to say the least. I was finally able to control one of my dreams out of the several. Normally one dream has to be going really bad until I figure out I’m in a dream.

Dream 1: I was in some Victorian like era, where a man whom looked like lord Farquaad (from shrek) but taller. He had tortured and raped this woman with long hair. The woman had the ability to tie/turn her hair into leaves. He took her home and eventually they fell in love with each other. The man felt like a fool for doing what he did. The woman forgave him, but he never could forgive himself.

Dream 2: I was in a stadium that had different levels of fire. Kind of seemed like a video game. Didn’t really understand the point. I was navigating space within the stadium levels, but not actually in the playing field. Don’t really remember much of it but that’s dream two.

Dream 3: I was in some parallel universe where everything was done backwards. Instead of putting on my socks vertical for instance, I had to put them on horizontal. I was so intrigued by this yet it was so much harder to do. I was with people who must have been friends but I can’t remember any of their faces. Then I remember we created a solid white wall out of thin air and we all hoisted it to walk on water. In my dream apparently holding the wall and believing you could walk on water would only work if everyone believed, or else we’d fall in. I saw another group of people do it (without faces) and we were supposed to be next but then my next dream happened.

Dream 4: This was the really bad dream that made me realize I was dreaming. I’d rather not discuss it at this point in time, but I got out of it. How? The text trick worked for me. Basically you look at words and then look at them again. If they appear different/change it’s a way to tell if your dreaming.

Dream 5: When I was finally in control of my dreams (or slight control) to say the least.. lmao. I went on a rollarcoaster and decided to levitate off it. I say I was doing pretty well until I saw a forest. I really need to get an idea of what I want to do once I’m in control because my mind felt blank. But I was scared I was going to hit a branch so I decided to fly up. This is always a bad idea and I’ve done this multiple times. I go to fast and end up in space. I need to find a way to travel through the different layers of the atmosphere in a more calm well balanced manner. At this point, I didn’t know how late it was in the “real world” so I figured it was probably a good time to wake up.